Consumir lo que el país produce es hacer patria (To consume what the nation produce is to fly the flag) is the eighth project born among the Estudio Figueroa-Vives and the Embassy of the Kingdom of Norway in the Island and it dealt with photography at the service of publicity in today Cuba. After the revolutionary triumph of 1959, through the gradual nationalization of all the enterprises and publicity agencies in Cuba and the later eradication of all types of commercial advertisements from the press, “publicity” as part of the production system and the consumer of goods was stigmatized and replaced by “propaganda”, part of the revolutionary ideological apparatus against “consumerism” associated to the backwardness of the new social process. Consumir… makes a historic tour through different moments of publicity photography, since the 1950s (climax of its development) to our days. The famous slogan Consumir lo que el país produce es hacer Patria, was a phrase that in the early 1960s attempted to twist the screw of what was understood until then as publicity. Today the slogan sounds new to many, while for others it brings about nostalgia of times gone by. Consumir … was a sort of historic panning to consider what we were and what we are in terms of the market; on creative photography at the service of publicity; and on the latter as the driving motor for developing the economy, the society and as one of the aspects of the cultural life of the nation, today in shy recovery.

Publicidad made in Cuba 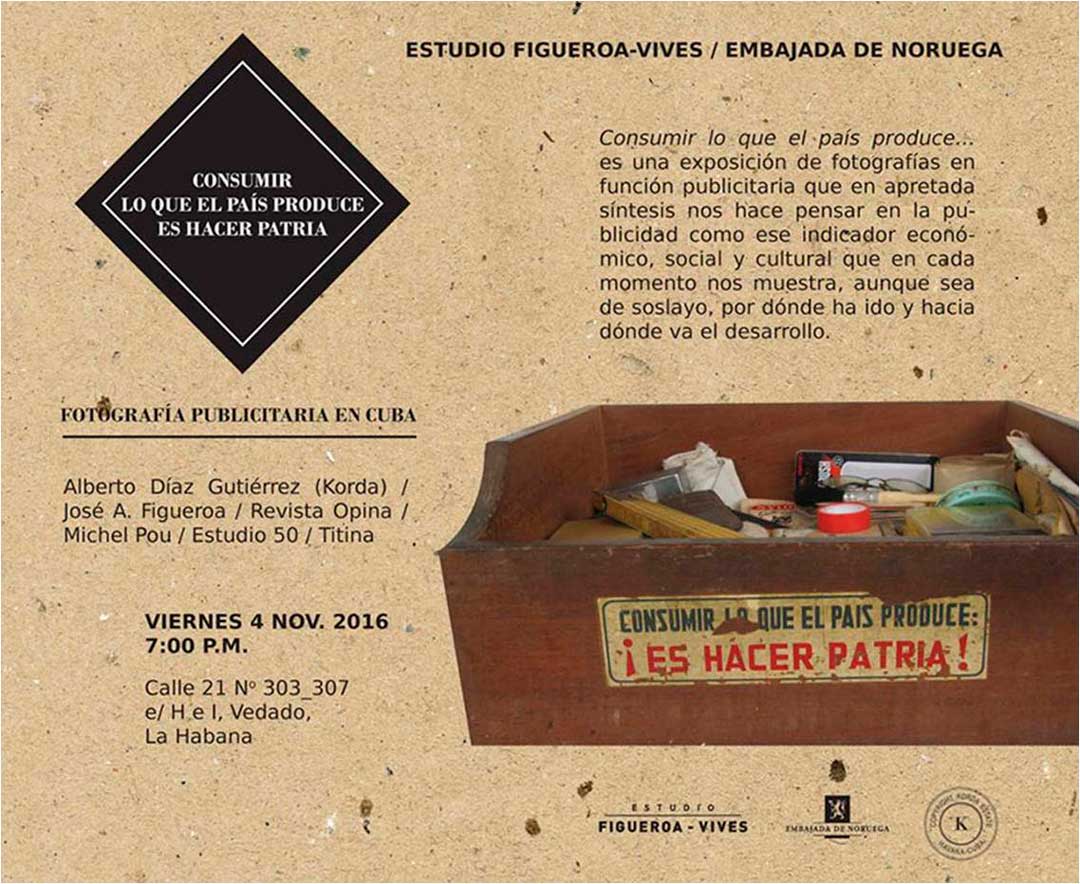