Exhibitions in the Studio

Colaboration project between the Estudio Figueroa-Vives 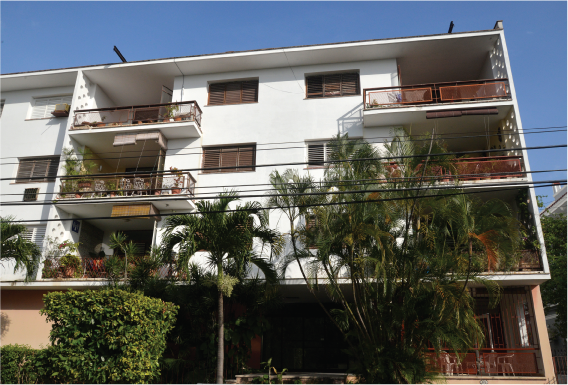 On May 2014, John Petter Opdhal, Ambassador of Norway in Cuba, approached the Estudio Figueroa-Vives to propose a collaboration project. He wanted the new venue of his embassy in El Vedado, a mansion side by side with the Estudio Figueroa-Vives, to become an allied and works as a neighbor cultural space, not only because of the physical proximity but most of all because of the intellectual affinity.

The Studio thus created an exhibition profile, with top-of-the-line artists without taking into account their possible media successes, but focused on innovative proposals of inter-generational dialog than would argue on themes of social and artistic concern, some of them scantly broached in our media, and thus tilting the scales toward a visual display as current and inclusive as possible. To do this, both parties had the proven capability of appeal.

Since the beginning was made the decision that each event would work, simultaneously, in two connection levels: The physical one, because of the proximity between both venues; and the thematic, identifying those subjects than for the Estudio and for the artists would be targets for analysis and research in the field of art and the Cuban society today.

The concept of collaboration, also understood like the sharing ideas and results, has been the foundation of all the projects born out of or promoted by the Estudio; that’s why the joint project with the Embassy of the Kingdom of Norway was, from the beginning, natural, fluent, transparent; and let it be said in passing, very successful.

Fin de Temporada (End of Season) is a group show as closing of an intense year of exhibitions. The plates and prints by Belkis Ayón that were first exhibited in the exhibition Torres y tumbas (Towers and Tumbs) on the 20th anniversary of her death, were seen by visitors a few more weeks. In addition to the “cabinets” of those artists from the Estudio, were exhibited works recently returned from biennials and international shows; as well as other cardinal pieces that for some time have been absent from the exhibition circles…