This exhibition is directly related with light as a concept, artistic language and the numerous metaphors associated to it, being this the third born project of the collaboration among the Estudio Figueroa-Vives and the Embassy of the Kingdom of Norway in Havana. Coincidentally the following year 2015 was considered by the United Nations Organization as the International Year of Light and Light-based technologies. Light es luz (Light is light) was initially thought of as an excuse to “Illuminate” on that traditionally festive period of the year in the world – and not especially in Cuba- in an area that was particularly dark in Havana- the park located between H and 21 Streets in El Vedado and nearby blocks in which the embassy and the studio are located.

In the artistic panorama of Cuba very few artists have worked with the physical possibilities of light as a transmitter of significance, meaning light as an artistic end and not as a means.  The exhibition, therefore, is one of the few occasions in that this topic is worked as axis of the concept curatorial using several formats as videos, installations and interactive works. To do this were invited four artists who created especially for the exhibit, or re-installed in situ works that functioned both from emission, reception or the nature of light itself.

The opening of Light es Luz (Light is light) coincided surprisingly and “luminously” with the announcement of the re-establishment of the diplomatic relations between Cuba and the United States broken since 1961. 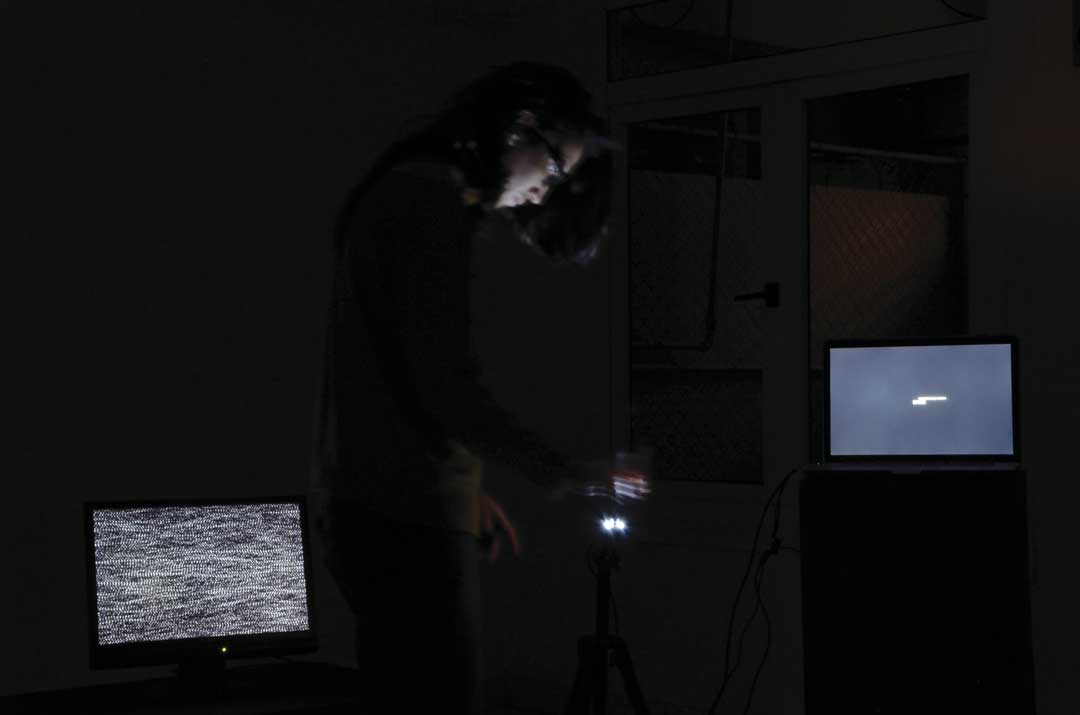