The Estudio Figueroa-Vives, the Embassy of the Kingdom of Norway in Cuba and the Belkis Ayón Estate organize the exhibition Torres y Tumbas (Towers and Tombs), in tribute to the artist Belkis Ayón on the 20th anniversary of her decease (September 11, 1999. The exhibition is also a tribute to Dr. Katia Ayón (Havana, 1964-2019), who was the artist’s Estate for these 20 years.

Belkis is considered one of the most outstanding creators of her generation and one of the most audacious and transgressor printmakers. The exhibition presents a wide selection of her works between 1989 and 1999, composed by 28 collography and one offset printings, 10 plates and 12 sketches, unpublished or minimally exhibited in its majority. All the works belong to the Estate’s collection.

The exhibition also recalls the attack to the Twin Towers of New York (September 11, 2001). Photographers Janis Lewin (Connecticut, 1949) and José A. Figueroa (Havana, 1946) have been invited to participate in this section of the exhibition. Both colleagues walked together the streets of Manhattan up to the permissible limits during September 11 and the days following the attack. Thirty images have been selected from the negatives of both artists that resume their points of view about those dramatic events from the standpoint of a Habanero and a New Yorker. Included in the exhibition is the screening of more than 14 hours of direct recording of US television compiled by Figueroa in those days from live transmissions of the attacks by multiple channels, and subsequent documentaries on the history of the Towers and the investigation of the events. A selection of magazines, newspapers and documents preserved by both photographers is also displayed. A video made from recordings and photographs by Lewin and Figueroa, produced especially for this event by Rubén Cruces, was premiered at the opening night in the front tennis court of the Embassy. 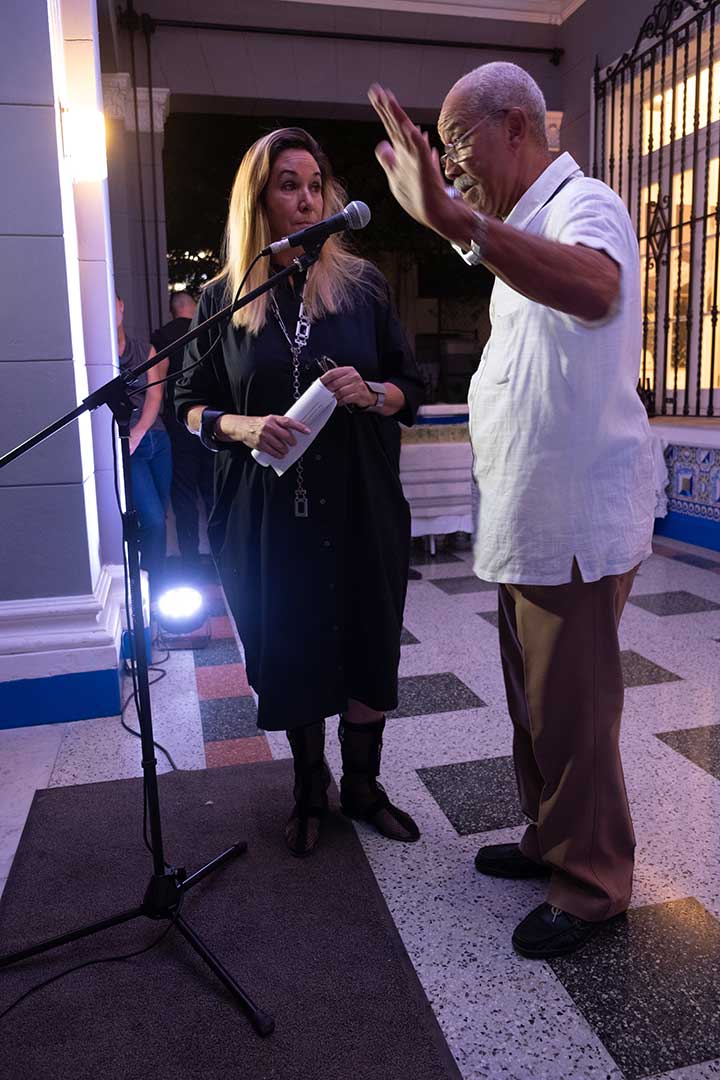 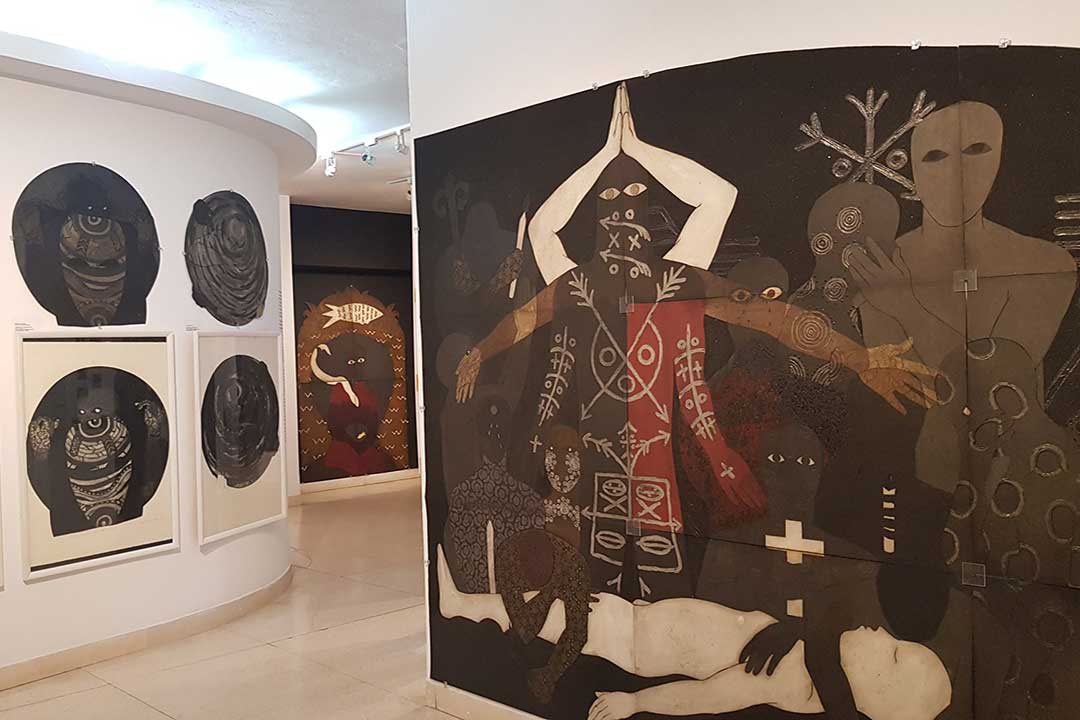 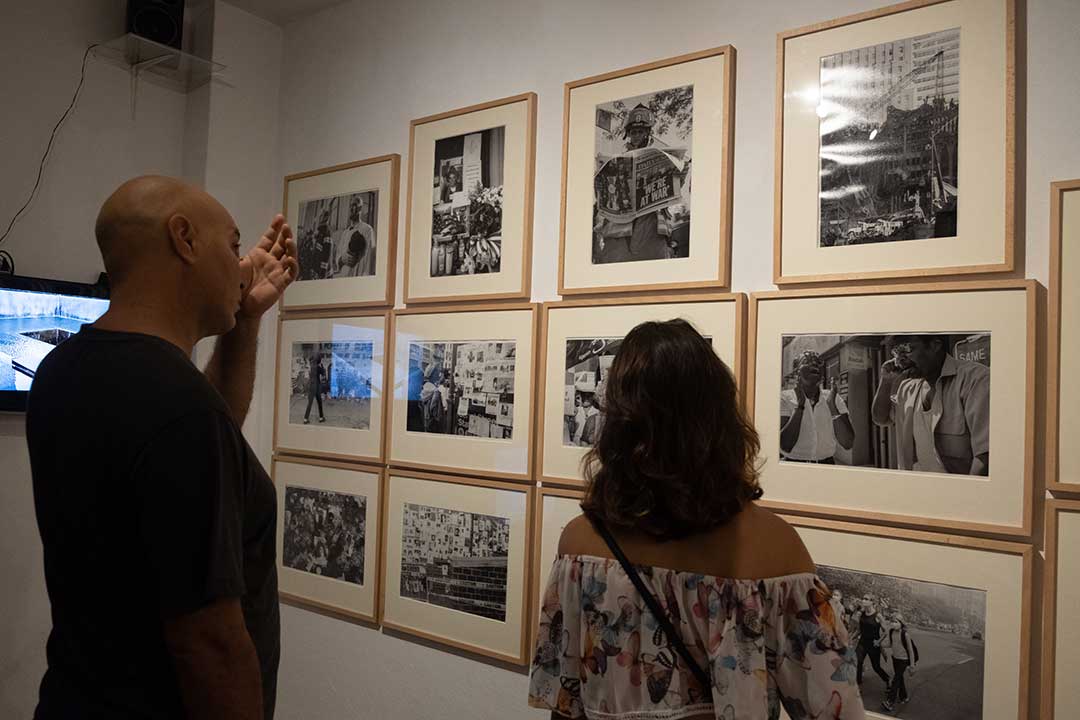 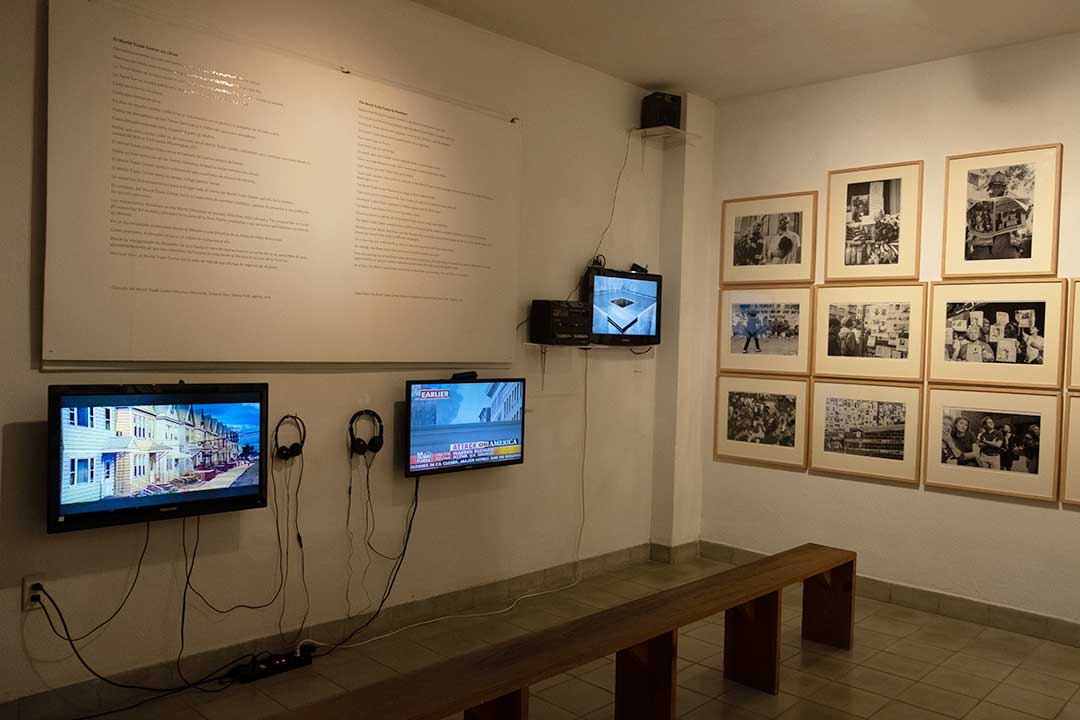 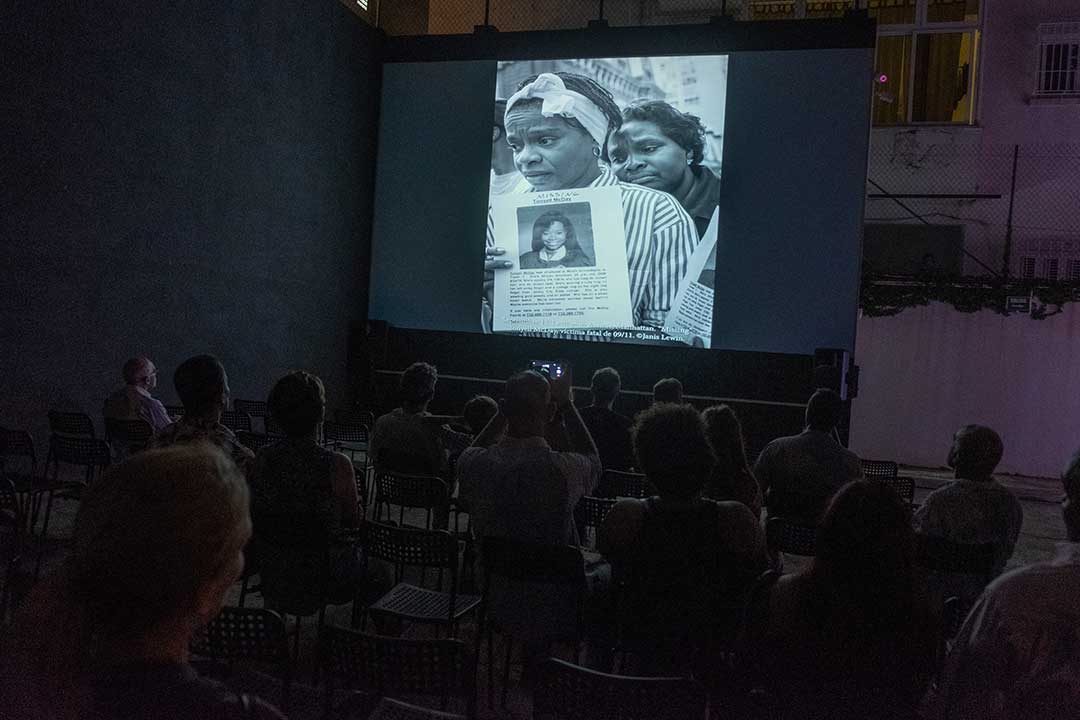 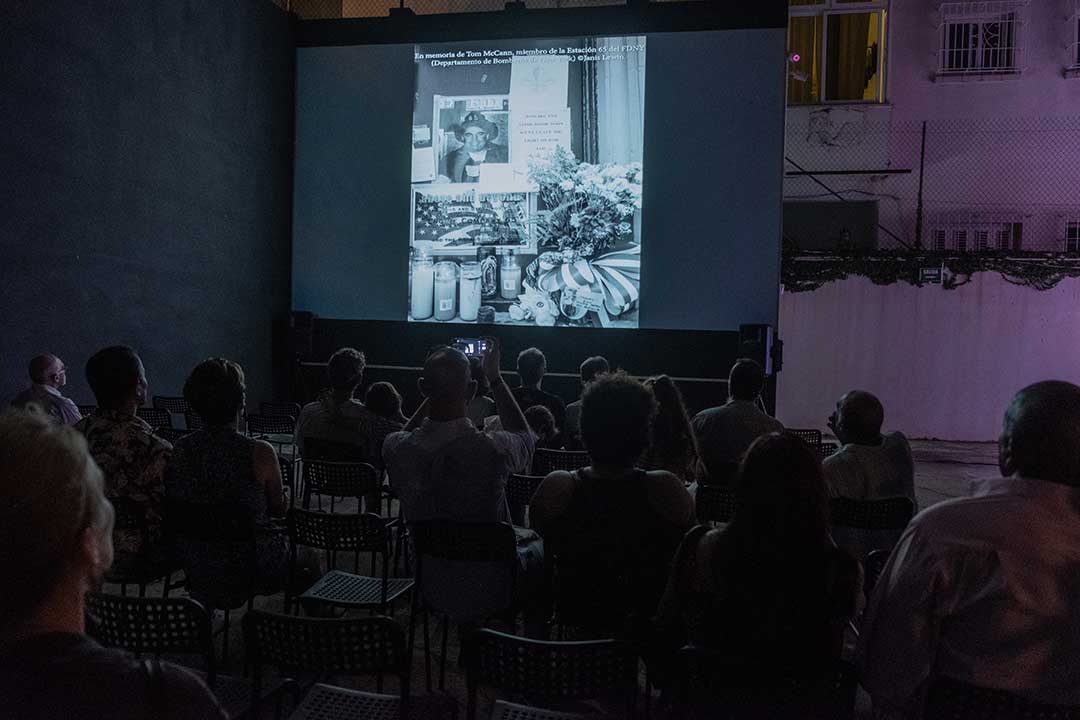 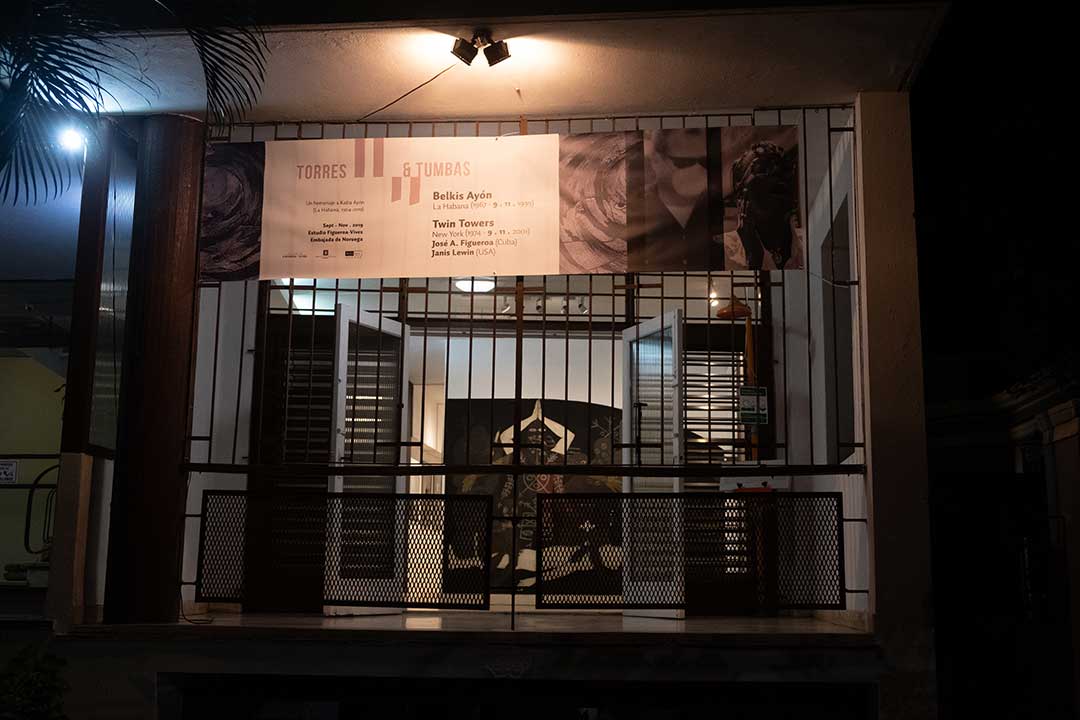